The stories about Cristiano Ronaldo’s new clubs are traditionally in demand in the media. When he first left Real Madrid for Juventus, the Turin side earned about 55 million euros on T-shirts with his name. This time, rumors of the Portuguese’s impending departure from Manchester United began to emerge. Two rumors regarding Cristiano started to circulate: first, that he frequently skips Manchester training, and second, that the player’s agent is actively seeking a new team for his client.

An interim summary of the epic about the Portuguese’s future in early July was summed up by insider Fabrizio Romano: Ronaldo loves the team and believes that Eric ten Hag can build a really strong squad. But the problem is the club’s transfer policy – the forward does not believe United will be in the top positions without significant reinforcements and believes the club should sign up to seven quality players. Cristiano’s agent is in talks with several teams – Bayern, Chelsea and Paris Saint-Germain are on the list.

At the time, it was reported that none of them were ready to give a specific offer. The Munich-based side has no intention of meeting the 37-year-old striker’s great wage demands and is not sure he can put the club’s interests ahead of his own. In Chelsea‘s case, the reason for the refusal is that the transfers were allowed to be managed by London head coach Thomas Tuchel, who will decide who will strengthen the Blues this summer.

In this context, on July 4, it became known that the Portuguese forward did not participate in the team’s pre-season training camp “for family reasons.” He has not appeared on the squad of MU until now.

Besides, it was revealed today that Ronaldo had informed prospective teams that he is willing to accept a 30 percent pay cut at his new club.

The new coach of the MJ thinks the situation could be resolved: Ten Hag keeps hoping that working with Cristiano will still work out.

The Dutch specialist’s desire is understandable – the Portuguese was United’s top scorer last season in the English Premier League with 18 goals in 30 games. The Mancunians do not have many players (Ronaldo and Martial) in the center-forward position, so dividing playing time between them is not such a difficult task.

In this case, according to media reports, Marcial and Harry Maguire will be upset by Cristiano Ronaldo return. In the case of the Frenchman, the problem is the playing time, while the Englishman is annoyed that the Portuguese undermine his status as leader. It’s more like walking a tightrope, and the coach’s decision is crucial in this circumstance. Ten Hag will face his first difficult challenge in the English Grand Club; he must now get along with the real stars.

The optimal outcome for Manchester United’s match against Brentford in the 35th round of the English Premier League would be that Ronaldo started that match in the opening minutes. After Cavani came on the pitch, he shifted to the left to receive the ball in the midfield. If you try to divide the time between Martial and Cristiano similarly, both will get playing practice. But Ronaldo’s age won’t allow him to do his usual amount of work; the role of center-forward remains his preference.

Recent insider reports have shown that the star player’s candidacy for reinforcements is now treated cautiously. As a result, the possibility of leaving United is not widely believed. As a result, it could turn out that the Portuguese will return to the Mancunians’ location without receiving an offer from another club. But the relationship with the team will be irrevocably damaged.

In fact, Ronaldo’s return to MU sowed discord from the start – the team does not have a 100% leader whose status everyone would agree on, and now the team is drowning in conflict again. Recent actions only increase the effect of the gap – the club will not become united. In such realities, another difficult season awaits the Mancunians.

Rangers vs Ross County Live Stream free: Where to Watch on TV

PSG vs Toulouse Live Stream free: Where to Watch on TV

Wolves vs Liverpool Live Stream free: Where to Watch on TV 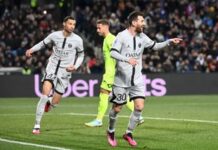